Ultra Thin Bonded Wearing Course (UTBWC) is a treatment for existing asphalt or pavement. It corrects surfaces that are beginning to erode, crack, or ravel. This repair work is best for complete resurfacing that needs to be done quickly, without sacrificing on durability.

UTBWC is finished in just a few steps. We prep the area by sweeping and cleaning it. Then we make two applications in a single pass across the prepped surface. The first application is a polymer modified asphalt emulsion which helps bind the ultra-thin gap-graded hot mix asphalt. After these are both applied, we compact the newly applied surface and it is ready to be driven within 15 minutes.

There are many advantages to UTBWC: 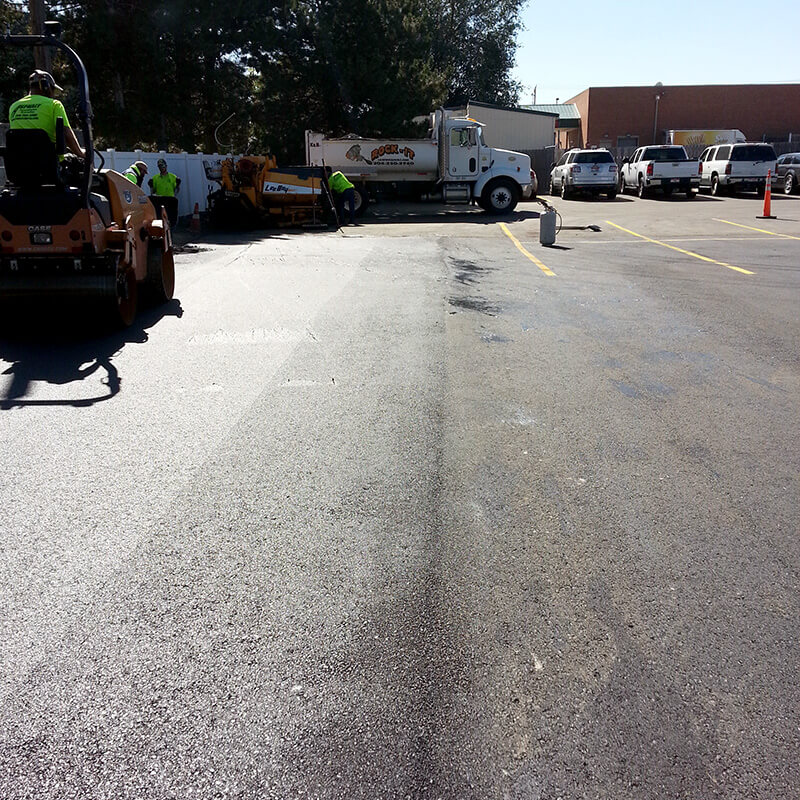 It is worth noting, that while this surface has these advantages it does have a few draw backs worth weighing. Because of its course surface and different composition, it is common for ice and snow to remain on the surface longer. This simply means applying deicer and/or sand will be more important for maintaining safe parking lots and roads during the winter months. However, because the surface is not porous, it’s perfectly acceptable to use sand, preventative salting methods, deicers and anti-icers during the winter months.

UTBWC was first developed in France in 1986. By 1990 it was commercialized as NovaChip in the United States. The first projects were completed in Texas and Alabama in 1992. By 2003 these initial U.S projects were still performing with excellence, proving the durability of this innovation in roadway surfacing. Since then, this technology has been widely adopted and makes for a great option for projects.